Session details can be found here.

Session Title: Examining The Great Boston Fire of 1872 Through the Lens of the NFPA Ecosystem

The Great Boston Fire of 1872, which came just a year after the Great Chicago Fire, exemplified the 19th-century conflagrations that were blazing across the United States. In this session, Boston-based author Stephanie Schorow will draw on new research and use the NFPA Ecosystem as a model to examine the conditions that led to that fire 150 years ago and distill the lessons we can glean from it today. Attendees will examine period photos, drawings, maps, and other multimedia to dig down into the 1872 fire and examine its impact. In addition, this session will build on the material in Schorow's book, The Great Boston Fire: The Inferno that Nearly Incinerated the City.

When COVID-19 shut down live events, I prepared and presented a number of events by Zoom, including multimedia talks on the Combat Zone and the Cocoanut Grove. Please contact me if you wish to arrange a Zoom event.

The organizers didn't guarantee everything will be in good taste but they did  promise an event that will be lively, funny, and educational. 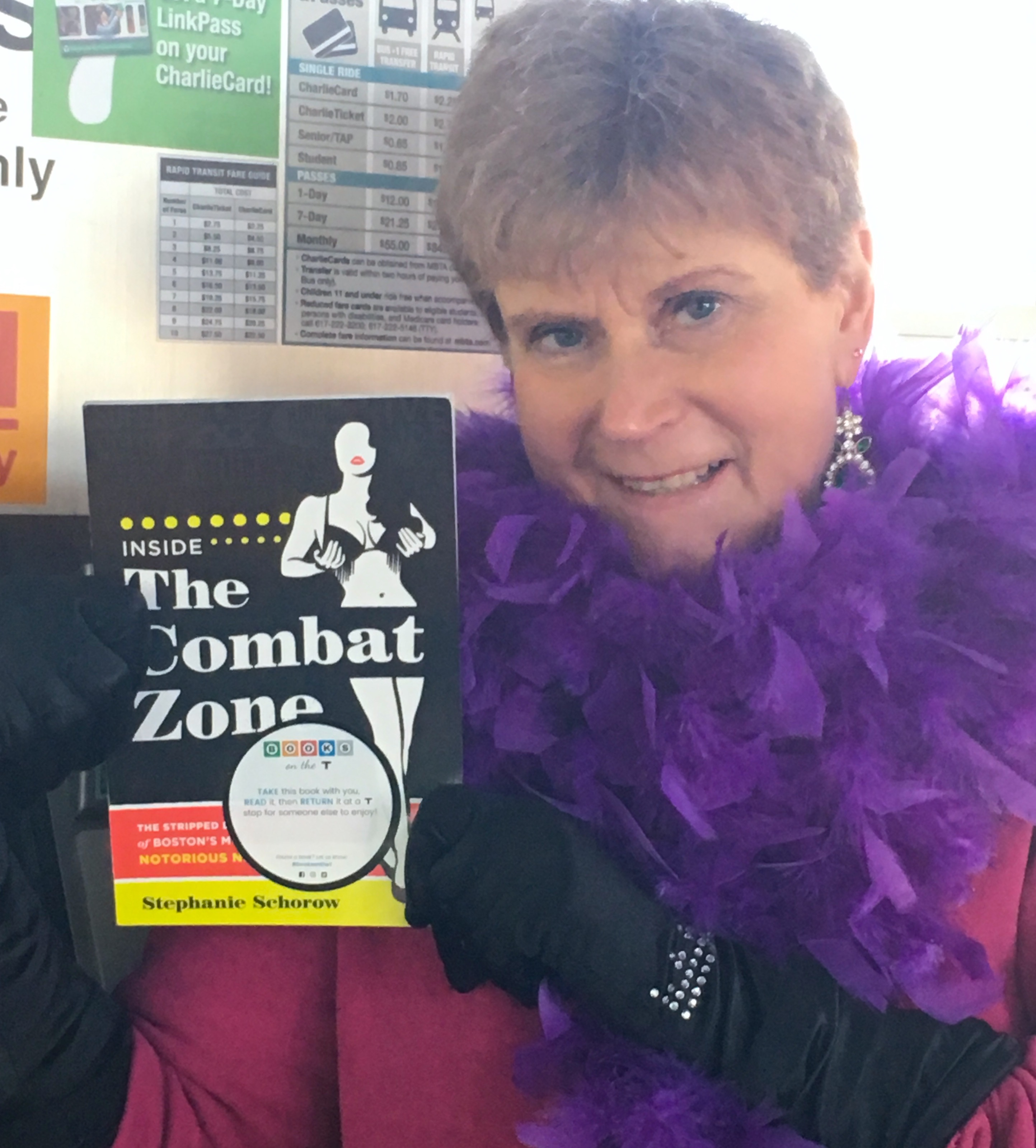 If you are interested in having me speak to your organization, school or community group about Boston's Combat Zone, Boston's drinking history, the Boston Harbor Islands, Boston fire history, the infamous Brink's robbery or a related topic, please email me at sschorow (at) comcast.net

PLEASE NOTE: I CAN ALSO DO REMOTE PRESENTATIONS VIA ZOOM OR OTHER ONLINE PLATFORMS

Here's what I talk about:

Inside the Combat Zone: The Stripped Down Story of Boston’s most notorious neighborhood
Boston has always been known for its stiff character. So how did this great New England city become home to one of the largest and most notorious adult entertainment districts in the nation? In this talk based on two years of research, veteran reporter Stephanie Schorow teases out the issues that created this controversial neighborhood, giving voice to the players who sought to tame or profit from the sleaze snaking its way through Boston. At turns comic and tragic, Schorow introduces us to the politicians, exotic dancers, and wise guys, and residents brought together by the adult entertainment district—a five-acre neighborhood the city engineered to contain the very porno plague it wanted to eliminate. Meet the nun-turned-attorney who advocated for the First Amendment rights of adult bookstores, a dancer called “the thinking man’s stripper,” and Boston’s unofficial city censor. For these people and thousands of others, the Combat Zone is more than a memory—it was a life-altering adventure.

Drinking Boston: A historical pub crawl through the taverns, speakeasies and nightclubs of Boston.
From the drama of the "Blue Blazer" to the mystery of the "Ward 8," Stephanie serves up a cocktail of pop culture, history and anecdotes. Couple this with dinner and drinks and you'll have event that will have people talking. The talk covers Boston's drinking history, beginning in the Colonial period and continuing through Prohibition and into Boston's craft cocktail scene.

The Tragedy of the Cocoanut Grove Fire
This 1942 nightclub fire killed nearly 500 people and burned through the heart of Boston. Stephanie recounts the events that led to the fire, its investigation and its enduring mysteries. New information continues to come forward and Stephanie brings the latest to life. She also leaves time for people to share their stories of the Grove, making for a moving, interactive event.

The Boston Mob Guide: Hit Men, Hoodlums and Hideouts
With partner-in-crime Beverly Ford, Stephanie takes a walk on Boston's wild side with the bad boys of the Hub. The gals trace the history of organized crime in Boston from its roots in the 1910s and 1920s in Irish and Jewish neighborhoods to Whitey Bulger and his convictions. With photos, films and a “mobster flow sheet,” they talk about characters such as Frank “Cadillac Frank” Salemme, Joseph “The Animal” Barbozo, and the Angiulo family. With compassion for victims as well as intriguing details on the mobsters, Bev and Stephanie paint an indelible portrait of murder and mayhem in the Hub.

Fire! Boston Burning
Stephanie talks about fire history and how it shaped Boston, taking a walk down Boston’s “Fire Trail.” This includes the tale of the burning of the Urusline convent in Charlestown in the 1830s, the Broad Street Riots. and the invention of the first fire alarm system. We look at the conflagration that devastated Boston like a nuclear bomb: The 1872 Great Boston Fire Boston. And we examine the Cocoanut Grove fire of 1942. We hear about the history of the inferno and recent developments, including an upcoming documentary and an effort to better memorialize the site.

The Crime of the Century: The Brink's Job
In January of 1950, a band of misfit thieves broke into the Brink's armored car headquarters in Boston's North End and pulled off the largest robbery in U.S. history. The Crime of the Century went unsolved for six years and police only cracked the case when one of the robbers turned stool pigeon. Much of the money was never recovered. Stephanie uses historical images, FBI evidence, movie clips and humor to bring the story of the Brink's heist to life.

Girls Night Out -- 1891 Style
In July of 1891, four intrepid woman spent 10 days sojourning on Great Brewster Island in Boston Harbor. One kept a diary which provides a fascinating look into the lives of women in the 1890s as well as the history -- flora, fauna and bovine -- of the Harbor Islands. Stephanie plays detective, tracking elusive details from the illustrated diary and invites the audiences to be sleuths along with her.

To see videos of various presentations, go to the Works section of this Web site and click on one of the books listed. To schedule a lecture, please email me at sschorow (at) comcast (dot) net 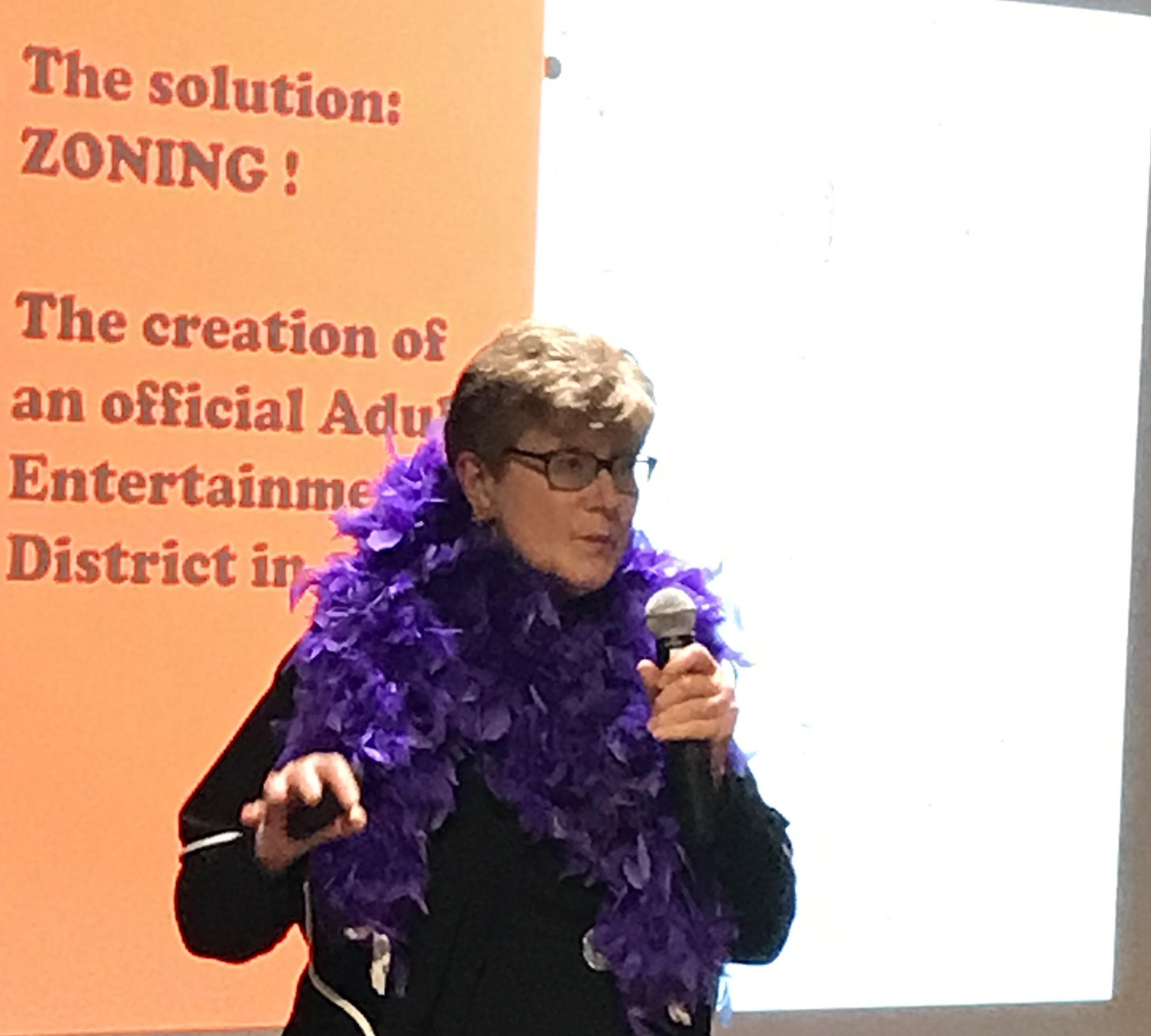 Speaking in Quincy on the Combat Zone 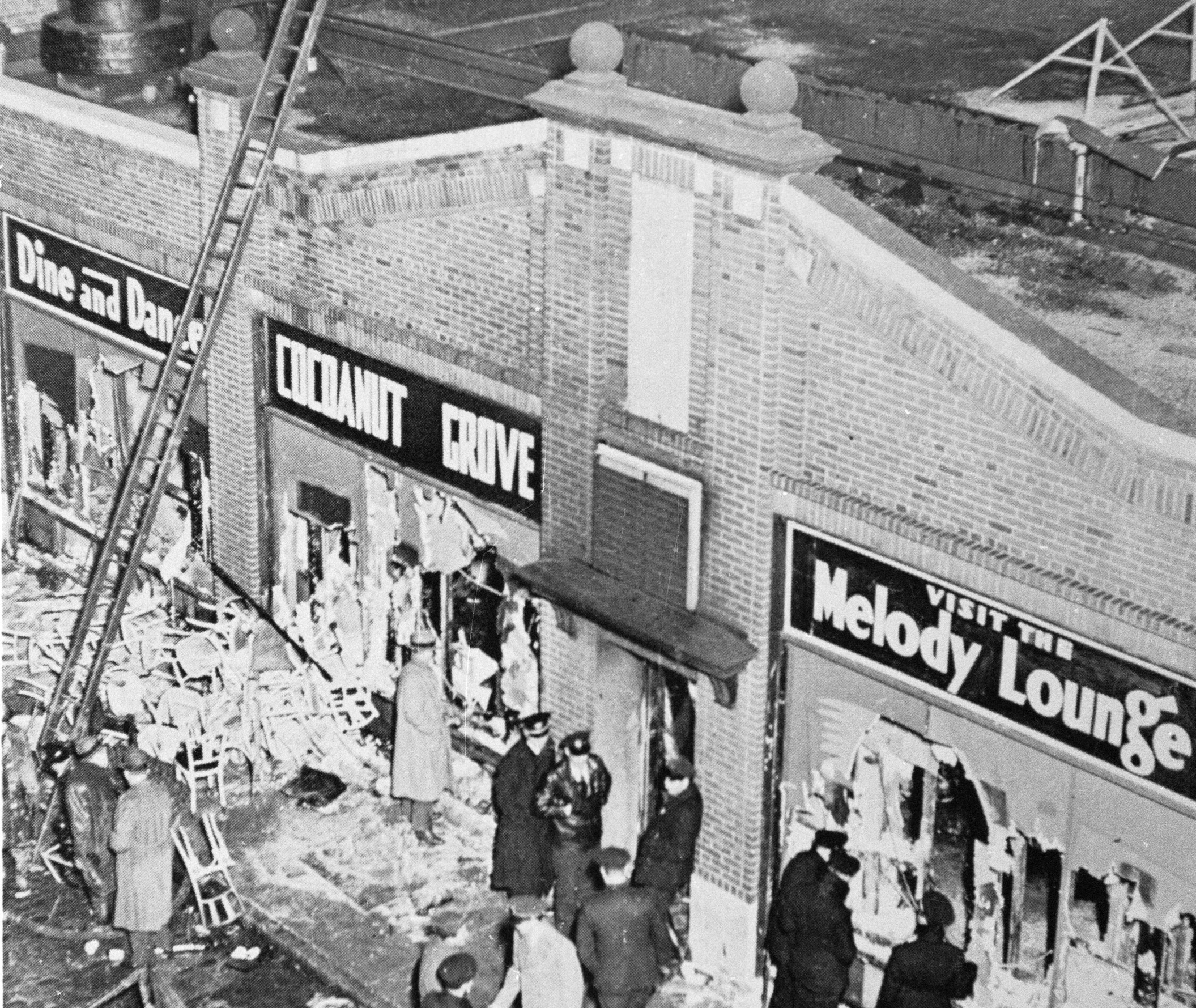 I've also spoken to trade organization and professional groups, such as the National Fire Protection Association.